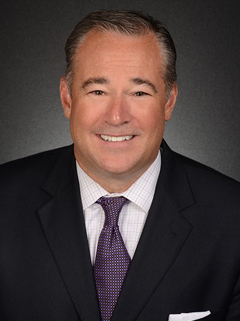 Darren Kittleson is a 26 year veteran of the residential real estate industry. He started in residential sales in Deerfield, IL in 1989. In 1993 he moved back “home” to Madison Wisconsin and built a large sales practice there. In 2003 he had the opportunity to open his first Keller Williams Market Center in Madison and has served as its operating principal and designated broker since that time. Darren currently owns 3 Keller Williams Market Centers in Madison and Milwaukee. Last year his team closed over 2800 real estate transactions that generated over $726 million in sales volume and commissions exceeding $20 million. His company has been named “Best Place to Work” by Madison Magazine for past 3 years.

Darren has been professionally coaching real estate agents since 2007. He specializes in coaching Mega teams that exceed over $1 million annually in gross commission income.

Darren is the past president of the Council of Real Estate Brokerage Managers (CRB) and serves on the advisory board of the Seller Representative Specialist (SRS) council. In addition he is an approved trainer for both CRB, RENE and SRS and has taught courses throughout the US, Canada and Dubai. In addition he was named “REALTOR of Distinction” by his local board in 2001 and served as the local board president in 1999.

Darren brings his deep knowledge of high performance in real estate sales along with humor to every training and presentation he makes.