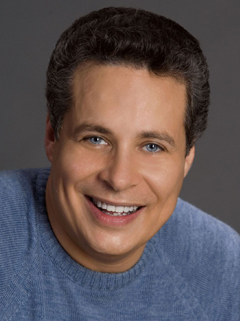 What began as a way to support his acting career later became Darryl’s true passion and lifelong mission. Darryl became a real estate agent at the age of 19 and quickly climbed the ladder to become a Top Producer averaging 6 transactions a month. Then a Licensed Broker and manager of a new office that became the #1 listing and selling branch within its first 6 months of operation.

• Best-Selling Author with McGraw-Hill Publishing for his book, “How To Become a Power Agent in Real Estate”, “How to Make 100,000 Your First Year in Real Estate” and “How to Design a Life Worth Smiling About”.

• One of the Highest Rated Speakers at the National Association of Realtors® Convention the past several years.

• Founder of the only year-long real estate coaching program, The POWER Program® which has proven results of agents doubling their income over their previous year.

• Has appeared in movies, commercials, and was a featured Comedian at Caroline’s Comedy Club in New York City, America’s premier comedy nightclub.

• The only real estate speaker to be given the opportunity to audition for the NBC television series, “Last Comic Standing.”

• He was considered to be one of the 3 judges for NBC’s American Home Builders with Nate Berkus.

Darryl and his team will work with you to help make sure your event is a success and you will look good. Some of these items include: conference call with client to customize content, a website that helps prepare for the event (checklists, bio, promotional photos, etc.), and upon your request, Darryl will record a customized video to help promote your event.